Learning with the Land

The Wild Rivers Conservancy contributed $40,000 to the city of Lakeland’s efforts in Sally Arneson’s neighborhood to stop stormwater erosion and plant native vegetation, all as part of a larger project—one that reduced over 3,000 lbs. of sediment to the Riverway.

Imagine buying a quaint cabin with a sloping bank down to the St. Croix River in winter, only to find that the bank is covered in concrete blocks and invasive species once spring melts the snow. 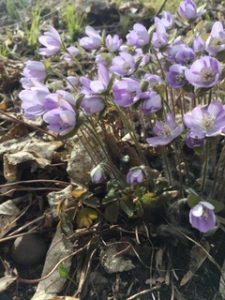 For Sally Arneson, a board member at the Wild Rivers Conservancy, the state of the bank in front of her Lakeland home was the start of a journey that inspired her neighborhood and transformed a broken bank into a paradise for native plants that attract pollinators and admiring neighbors alike.

“It took us three years to get permits in place, but we worked with the DNR, and we worked with our water district, and we worked with Great River Greening,” Sally said. “I developed some really good relationships with people in those agencies, and I found some good mentors. So in spite of the time it took, it ended up being a really good learning experience. When you’ve got something that really is an eyesore and you make it better, it’s very rewarding.”

Once the blocks were covered, giant limestone outcrops were brought in to stabilize the toe of the slope. But the story of the restoration didn’t end here—planting to the hundred-year floodline wasn’t enough. Sally said, “Since then, we’ve had more frequent high water levels. They just occur more often because we have these historic rains. And the third year the restoration was in place, a third of it was wiped out.”

Instead of getting discouraged, Sally forged on to repair the damage after the high waters eroded more of the bank. “I dug in more flood tolerant plants,” she says. “I felt like Sisyphus, I’d plant things, the vegetation would grow back, fill in and look good then there would be another big rain followed by another high water event and there would be new damage to repair again. But I have learned throughout all of this what the river will tolerate on its shore.” 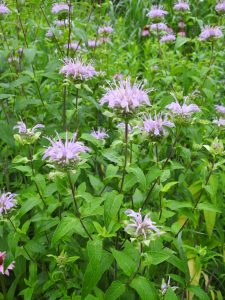 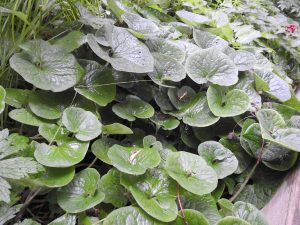 Her persistence has paid off. A close look at the lush carpet of green punctuated by colorful flowers speaks to the healing of the land despite setbacks. Wild ginger, red baneberry, wild geranium, Jack-in-the-pulpit, bee balm, butterfly weed, spiderwort, and a whole variety of other native plants have found an appreciative home on this stretch of the St. Croix. In addition, the shared sense of resilience that unites Sally and her part of the riverfront has created a new sense of stewardship for the land in her community.

“What has really been rewarding and fun is that the neighborhood has started to take an interest. I’ll see people walking down, and they’ll come in the morning with their coffee, and just kind of look at it and watch it change throughout the seasons, so that’s been really nice,” she says. “I think in general people are just more interested in native plants now, which is really wonderful.”

The impact of Sally’s enthusiasm can be seen in the bright sprays of native flowers and plants stretching up from several neighbors’ rain gardens along her street. It’s a paradise for humans to see, but it’s also a paradise for pollinators. Butterflies and bees flock to butterfly weed and bee balm and bring a delightful buzz of life to thriving gardens. (For those who are looking to start adding native plants to their gardens, these two got a special recommendation!) 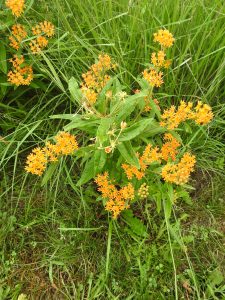 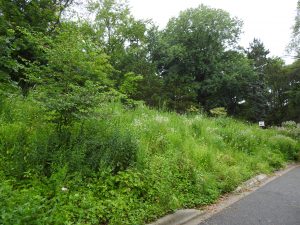 A sample of the restoration work on the hillside. (Photo: Sophia Patane, Wild Rivers Conservancy)

When she became a Master Water Steward through the Washington County Conservation District three years ago, Sally’s capstone was the shade garden on the city hillside behind her street. Garlic mustard, dame’s rocket, black locust, and Siberian elm were plentiful in the future garden, but steady work has prevailed to replace them with plants and trees that are native to the river bluff.

Sally’s time as a teacher at Stonebridge Elementary in Stillwater planted the seeds for her work as a steward for both land and water, but it is the importance of the next generation that she returns to in conversation. “My students loved being outside and a fellow teacher, Bob Kondrasuk, had a little piece of land certified as a school forest. Kids would love to go in there and search for buckthorn to clear during recess. They’d say, “Ms. Arneson, can we go buckthorning today?” Sally added, “Little kids really understand the importance of nature. You want them to have that lifelong appreciation too so they become good stewards.”

Though retiring from teaching was difficult, Sally’s restoration work has become the next part of her journey as an educator and model for river stewardship. She says, “I think the restoration and working with native plants was a good transition for me—you’re busy when you’re putting in those plants, and you’re in the moment. And that’s what was really good for me.” As it has turned out, that work has benefitted the river as well, setting up strong roots for future generations.

“You just realize how precious our natural world is. There’s that piece of you that just wants to ensure that it is at least
as good for the next generation as it was for you—hopefully try to make it better, in some way.
This is our home.” 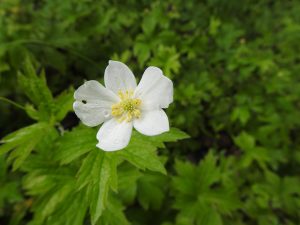